Officers have been cut to boost transit and highway patrol police numbers, but Mr Robertson said that the government should be looking at how they can boost police resources to deal with the increase in armed robbery incidences instead.


During a meeting with local shopkeepers who have been victims of this crime, Mr Robertson said the current government is only interested in budget cuts.


“What you need to be doing is boosting the numbers not just reallocating and frankly, shuffling the deck chairs.” 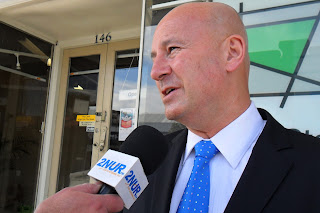