A police operation is underway off the coast of Newcastle after a boat capsized, killing three people and leaving two in hospital.

An emergency beacon was activated from the 11.7m catamaran just after 10 o’clock on Thursday morning, after the vessel overturned approximately 7 nautical miles off the coast of Stockton Beach.

A 16-year-old girl and a 40-year-old man were winched from the water by the Westpac Rescue helicopter crew and taken to the John Hunter Hospital in a stable condition.

Sadly, the bodies of three others have since been retrieved from the water by Marine Rescue.

The operation is ongoing, with authorities still on scene. 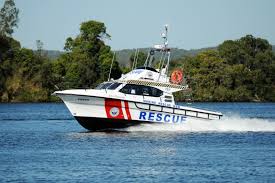