BY TYLER FARDELL and JESSICA ROUSE

The Animal Justice Party has condemned the apparently ‘appalling’ conditions at the Singleton pound, where some dogs are allegedly going without a bed and blanket throughout the winter nights.

The party are making a formal complaint to the RSPCA and are demanding council undertakes the necessary steps immediately, to ensure animals at the pound aren’t being neglected.

A white Labrador allegedly being kept at the Singleton pound in what’s been described as appalling conditions has prompted the animal justice party to take up the fight for the dog.
The dog is allegedly being kept in a cage outside with no shelter from wind and rain, no blankets through the night and no raised bed.

“As you can see they’re failing in the most basic of standards which is the codes of practice and they’re basically failing under very specific sections which come under and cover exposure to elements and they also temperatures and bedding.”

He also says rescue groups should be given the opportunity to lend a hand.


“Even the basic stuff of bedding and clothes and blankets which many rescue groups would quite easily provide have been fallen on deaf ears of the council. If there’s such an issue why can’t we just give them blankets and donate a bed to at least get these dogs through until we can sort out some more permanent arrangements for them,” said Josh Agland. 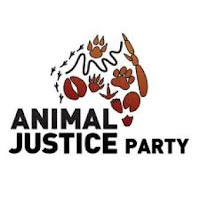