BY IAN CROUCH AND MADELAINE MCNEILL

A bushfire burning at Killingworth has been brought under control by firefighters and all lanes of the M1 Pacific Highway have been reopened with reduced speed limits in place.

At least 75 firefighters worked to contain the blaze after it broke out shortly before 3am Thursday morning.

Dry and windy conditions eventually pushed the fire across the M1, prompting Transport for NSW to close the freeway entirely.

The fire was upgraded to Watch and Act alert level on Thursday morning amid fears it would spread towards the township of Killingworth but by 1pm had been downgraded back to Advice.

The blaze burned through more than 40 hectares.

Firefighters remained on scene on Thursday afternoon to monitor the situation and mop up the blaze.

North and Southbound lanes of the M1 are still affected as work continues to control a bushfire at Killingworth.

The RFS says crews have the upper hand and work has now started on a backburn on the western side of the motorway with 1 northbound lane still closed.

The fire is listed at advice level after burning through 6 hectares.

Firefighters are battling a large bushfire which is burning on both sides of the M1Pacific Motorway at Killingworth.

Newcastle Fire Command says they received the first call to the blaze at 2.30am on Thursday.

At least 4 RFS Tankers and 5 Fire & Rescue trucks have been called to the fire, with 2 water tankers deployed to Killingworth for property protection, however no homes are under threat at this stage.

The fire is being fanned by northeasterly winds.

1 of 2 southbound lanes and 1 of 2 northbound lanes of the motorway are closed and Live Traffic is reporting heavy traffic conditions .

Motorists are advised to delay all non-essential travel through the area. 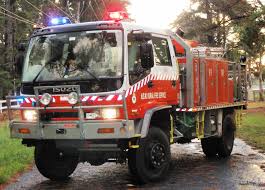