Fire has destroyed a house fire at Maryland.

Emergency services were called to Wyndrow Parade at about 4.20am on Wednesday to find the two level brick home engulfed in flames.

Newcastle Fire Command says a woman and three children self evacuated and no-one’s been injured.

Crews from Wallsend, Minmi, Cardiff, Lambton and the ladder platform from Newcastle took about 90 minutes to fully extinguish the blaze are at the scene.

The roof of the house collapsed at the height of the blaze.

It’s been a busy night for fire crews with two people taken to hospital with smoke inhalation after their brick and tile home on Vogele Place at Raymond Terrace went up in flames at about 8.00pm on Tuesday.

The home has been destroyed.

Meanwhile a fibro and tile garage has been destroyed by fire at Cardiff.

Crews from 6 stations managed to stop the flames from spreading to the adjoining home on John Street just before 8.30pm on Tuesday night. 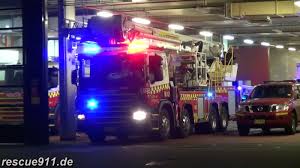