The fire at Pelaw Main has been downgraded to Watch and Act Level.

Conditions have eased allowing firefighters to gain the upper hand on the blaze.

RFS Crews have stopped the fire at Richmond Vale Road, which still remains closed. Several other roads have now re-opened in the area.

Residents in and around the Averys Lane are urged to stay vigilant, as conditions could change. The fire remains at Watch and Act Level and residents should enact their bushfire survival plan.

Crews are hoping to keep the fire contained and reduce it to advice level. Firefighters are preparing for warm windy weather tomorrow.

There are no reports of loss or damage to property in the area.

The fire at Pelaw Main remains burning at an Emergency Level.

Fire is burning East from Leggets Drive and has burnt through around 200 hectares and is likely to keep growing.

Around 30 homes are potentially under threat around Averys Lane at Buchanan.

Residents are being advised to take shelter in a sold structure as the fire approaches.

The latest advice from the Rural Fire Service is that the fire has spotted to the east of Leggats Drive in an area known as The Dam on the western side of Richmond Vale Road.

Crews have managed to stop the fire at Richmond Vale Road however there are still fires burning to the north and south of the main fire front.

There are no reports of any property loss or damage at this stage. Around 30 homes are potentially under threat. 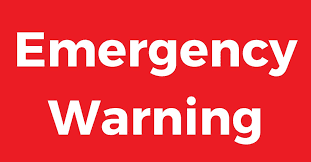 An Emergency Warning has been issued for a fire burning at Pelaw Main.

The fire is burning in the area of Leggettts Drive and is heading in an easterly direction towards Avery Lane at Stanford Merthyr.

Residents are being advised that it is too late to leave and to seek shelter as the fire approaches and to protect yourself from the heat of the fire.

The advice also applies for residents at Richmond Vale.

Firefighters are battling a bushfire at Pelaw Main.

NSW Fire and Rescue and RFS crews were called to reports of a car on fire due to a crash on Leggetts Drive at about 10.30am on Tuesday.

It’s believed one person has died in the crash

The fire has since jumped Leggetts Drive and is burning on both sides of the road with the fire heading in an easterly direction.

It’s understood the fire has burnt through 6 hectares and is being fanned by gusty westerly winds.

Leggetts Drive has been closed in both directions south of Neath Street.

Extra resources are on the way and the RFS has requested a helitanker to assist ground crews.

There are no reports of properties under threat at this stage.