Fire crews are mopping up following a housefire at Kotara this morning.

Fire and Rescue crews from Charlestown and Lambton were called to the blaze on Rae Crescent shortly after 11 o’clock on Tuesday morning.

It took crews a little over two hours to extinguish the blaze.

Sections of the ceiling had to be removed to ventilate the house.

Nobody was injured and all occupants of the home have been accounted for. 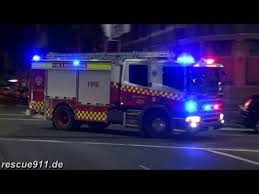