Three Vehicles Damaged After Rocks Thrown from Overpass in Muswellbrook

Police are appealing for public assistance after rocks were thrown from an
overpass at Bridge Street in Muswellbrook on Tuesday night.

About 10.30pm, police have been told a group of
people threw rocks from the railway overpass onto oncoming traffic.

The rocks have caused damage to three vehicles traveling on the roadway
below – a B double truck suffered damage to a rear window, another B double
truck suffered dents and paint damage to its roof, and the front windscreen was
smashed on a Nissan Murano SUV.

Hunter Valley Police District Duty Officer, Chief Inspector Guy Guiana,
urged any witnesses or anyone with dashcam vision in the area at the time to come
forward.

“While it’s unfortunate that three vehicles were damaged, it was extremely
lucky no one was injured in the incident,” Ch/Insp Guiana said.

“Throwing rocks at oncoming traffic is a very serious matter and we are keen
to speak to anyone with any information about this dangerous incident.” 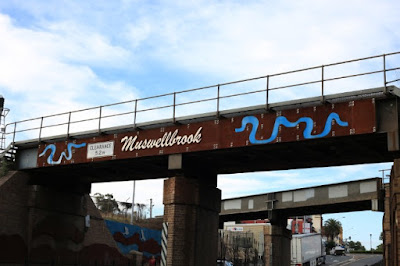