A 50-year-old Tuncurry man has been charged with allegedly fraudulently obtaining Australian Government Disaster Recovery Payments he was not entitled to related to the NSW Bushfires.


making claims for disaster payments and benefits on behalf of


members of the public not adversely affected by the bushfires.


commenced an investigation into the man’s alleged activities.


Australian Federal Police (AFP) joined the investigation in January, and on


AFP and NSW Police officers, executed a search warrant at the man’s residence in Tuncurry, NSW.


On Thursday AFP officers arrested the man after information was received he was allegedly threatening potential witnesses.


Police will allege in court that the man was assisting members of the public to fraudulently obtain $1000 benefit payments by calling the hotline on their behalf.


He was charged with:


“This arrest should serve as a reminder to those planning to take advantage of those programs in place to help Australians during these difficult times. This criminal activity will not be taken lightly, especially when it takes time, effort and money away from programs set up to help people at a traumatic time in their lives,” Cmdr. Schofield said.


The man has been remanded in custody to appear in court on Tuesday, 7 April 2020.


Suspected welfare fraud can be reported via the “Reporting Fraud” page on the Services Australia website at servicesaustralia.gov.au/fraud, or by calling the Australian Government Services Fraud Tip-off Line on 13 15 24. 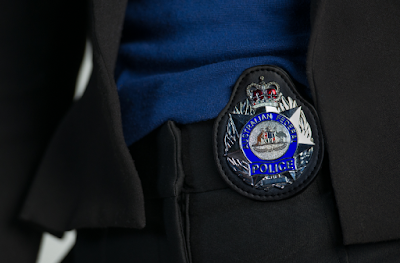