A woman has been charged with high-range drink driving while a child was in
the car at Maitland.

About 11.55am (Thursday 15 August 2019), officers from Port Stephens-Hunter
Police District were conducting a stationary RBT operation on the New England
Highway when a red Ford Falcon was stopped.

The driver, a 34-year-old woman, underwent a roadside breath test and
allegedly returned a positive result.

Upon inspection of her vehicle, police found a seven-year-old boy in the
rear passenger seat.

The woman was arrested and taken to Maitland Police Station, where she
underwent a breath analysis and returned an alleged reading of 0.227.

The young child was also taken to the station and cared for by police until
a family member arrived.

The woman’s license was suspended immediately, and she was issued with a
Field Court Attendance Notice for the offence of drive with high range
prescribed concentration of alcohol.

She’s due to appear at Maitland Local Court on Wednesday 25 September 2019.

Port Stephens-Hunter Police District’s Acting Inspector Kristin Marshall
said officers are continually dumbfounded by those who choose to drive while
under the influence of alcohol or drugs with children in the car.

“With Operation Merret and Operation Chrome both underway in the
Northern Region, we are committed to having every road user reach their
destination safely,” Insp Marshall said.

“It’s these kind of selfish decisions that could have fatal and harmful
consequences. If you are too intoxicated to drive, you need to find alternative
travel arrangements.

“We continue to implore the community to slow down, wear your seatbelt,
avoid handling mobile phones and take regular breaks to avoid fatigue.” 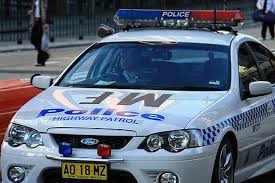